Fort St. Charles is located at the top of the Northwest Angle in Angle Inlet of Lake of the Woods, Minnesota. Fort St. Charles was the longest occupied French post in Minnesota and is the only French Fort in the state where the remains of a contemporary Indian habitation area have been located nearby. The restored Fort St. Charles is included on the National Register of Historic Places, and is considered one of the most important historical sites in Minnesota. 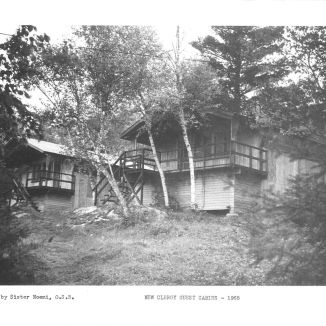 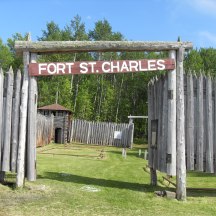 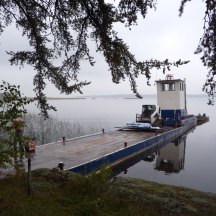 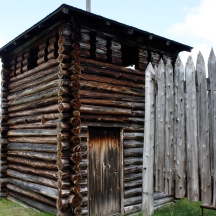 Fort St. Charles was established in the summer of 1732 by the Sieur de La Verendrye, an enterprising Canadian explorer and fur trader, lured into the wilderness by Indian tales of a great ‘Western Sea.’ Traveling by way of the Grand Portage and Rainy River to Lake of the Woods, La Verendrye made his headquarters at this spot and form it built a chain of five or six other posts in the vicinity of Lake Winnipeg. (taken from the Minnesota Historical Society)

The Fort (on Magnusson Island in Angle Inlet of Lake of the Woods) was used as a base for the most westerly explorations of the time. In June 1736, Fr. Jean Aulneau, SJ (a French Jesuit) and his nineteen French companions, on their way east for supplies, were massacred on a nearby island in Lake of the Woods. The fort was finally abandoned in the mid-1750’s as pressure from the French and Indian war forced the Frnech to abandon the area.

With its official record filed away in the governmental archives, Fort St. Charles was soon forgotten. Nature and the elements soon obliterated the stockade and building of the little fort. With the passing of more than a century and a half, knowledge of its location remained on in old Indian tales and in the French and Jesuit archives.

Fate then intervened to bring to light the story of Father Aulneau, Minnesota’s martyred priest, the rediscovery of the Fort itself by Jesuit Fathers in 1908, the permanent marking of the site in 1950 and resotration of the fort in 1960 by the Minnesota Fourth Degree Knights of Columbus.